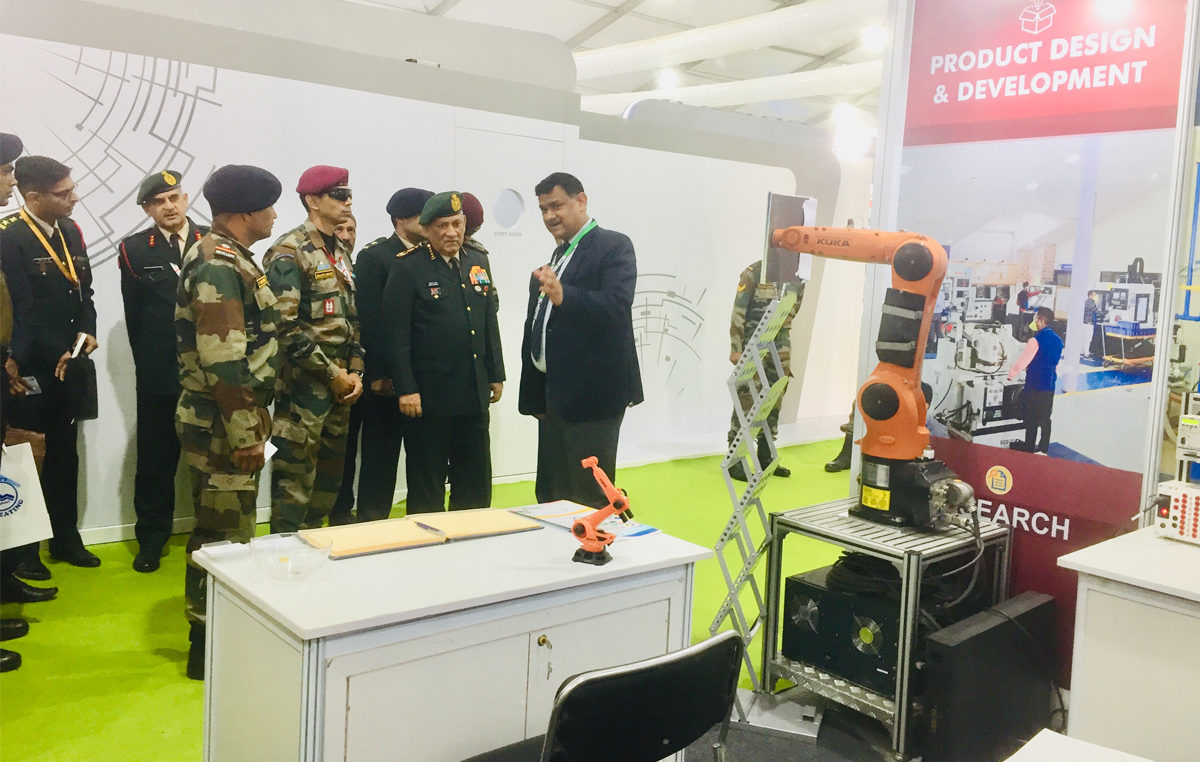 DefExpo – 2020, an event of the Ministry of Defence, Government of India, was held at Lucknow from 5th to 9th Feb 2020. The theme of the Expo was “India: The Emerging Defence Manufacturing Hub” and the focus was on “Digital transformation of Defence”.

The event was followed by live demonstration of Naval Systems, Aero Systems and Land systems designed/built in India.

AKGEC Skills Foundation also participated in the Expo and presented the latest technologies like Industrial Robotics, Automation, Digital manufacturing, 3D Printing, Scanning & IOT. DefExpo provided an excellent opportunity to ASF to showcase the cutting-edge technologies that can help in achieving the digital transformation of Defence. 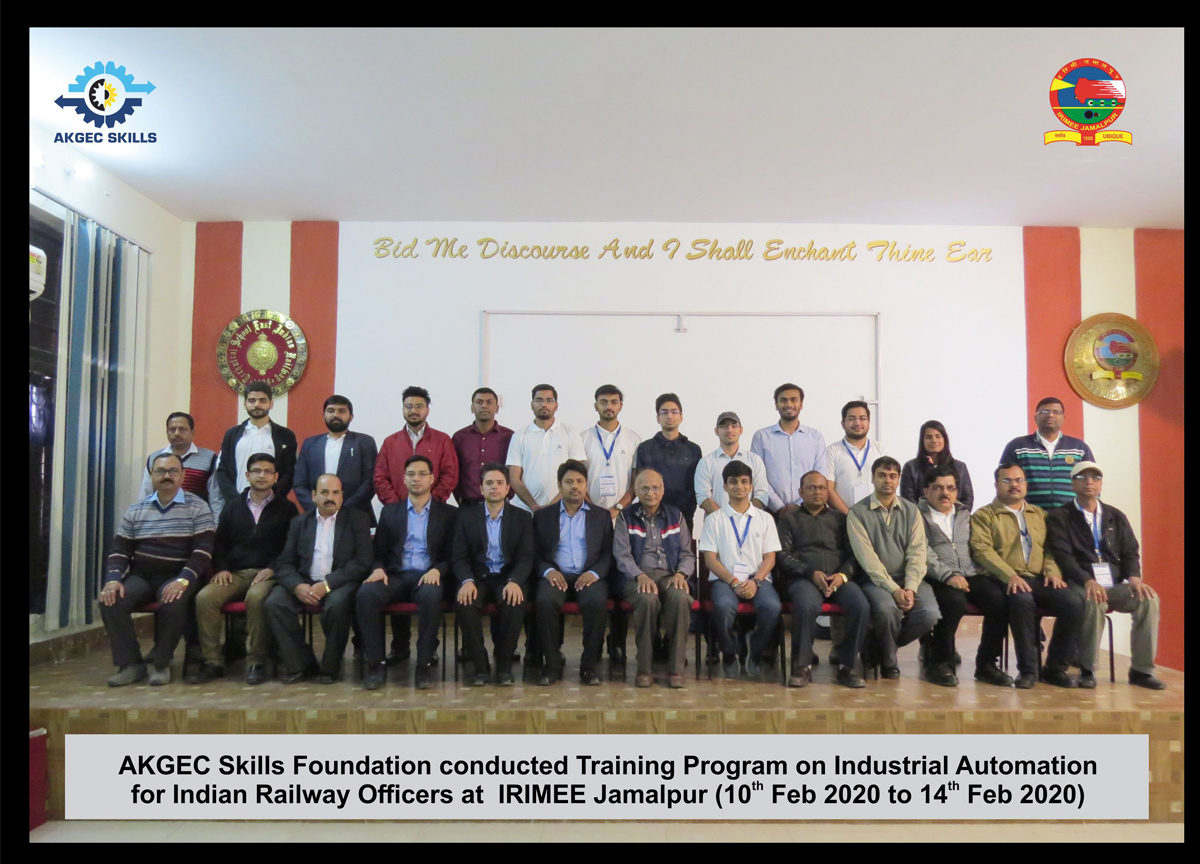 AKGEC in its endeavour to promote skilling of industry professionals using its world class training and research infrastructure in Automation, Robotics and Advanced Manufacturing domain has recently joined hands with Indian Railways Institute of Mechanical and Electrical Engineering (IRIMEE) of Indian Railways located in Jamalpur, Bihar.

Under this initiative, AKGEC had organized “Training Program on Automation Technologies – 1” at Jamalpur Campus for 15 officers of Indian Railways from 10th of February 2020 to 14th of February 2020. Under this program, the participants were given opportunity to gain technical exposure and hands on working experience on Industrial Pneumatics and Hydraullics. The technical and hands-on sessions were conducted by Mr. D. K. Singh, Mr. Rahul Dixit, Mr. Mahesh Sharma of AKGEC Skills Foundation and Mr. Nitin Sapre, Adjunct Faculty-Ex Senior Trainer, Bosch Rexroth Group. 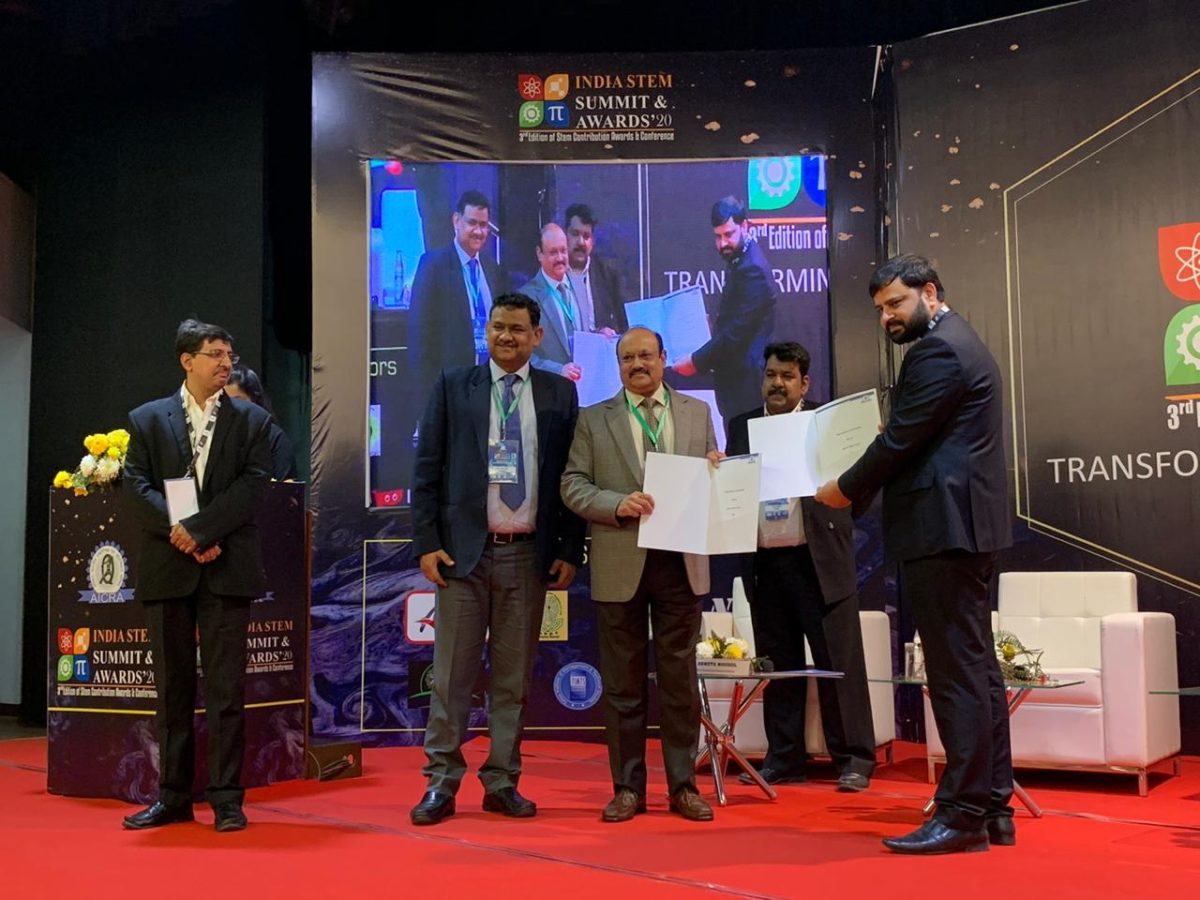 AKGEC in recognition of its excellence in promoting engineering education and imparting high end technical training programs conducted by ‘Center of Excellence’ in the field of Automation & Robotics, has been awarded as:

The award was given by All India Council for Robotics & Automation (AICRA) during ceremony held at “STEM Summit & Award-2020” at “NDMC Convention Centre, New Delhi on 13th Feb 2020.

The AICRA STEM award is the most prestigious award that recognizes excellence in education and technology sector and aims at building the future excellence of Robotics Education and developing Eco-system for robotics technology by felicitating achievements of Indian educational institutions, individuals and service providers for improving the quality of Education delivery in India, through visionary thinking, process innovation and disruptive technology.

Several Academic Institutions, Research organizations, prestigious societies and Industries involved in Robotics field across the country participated in the event. 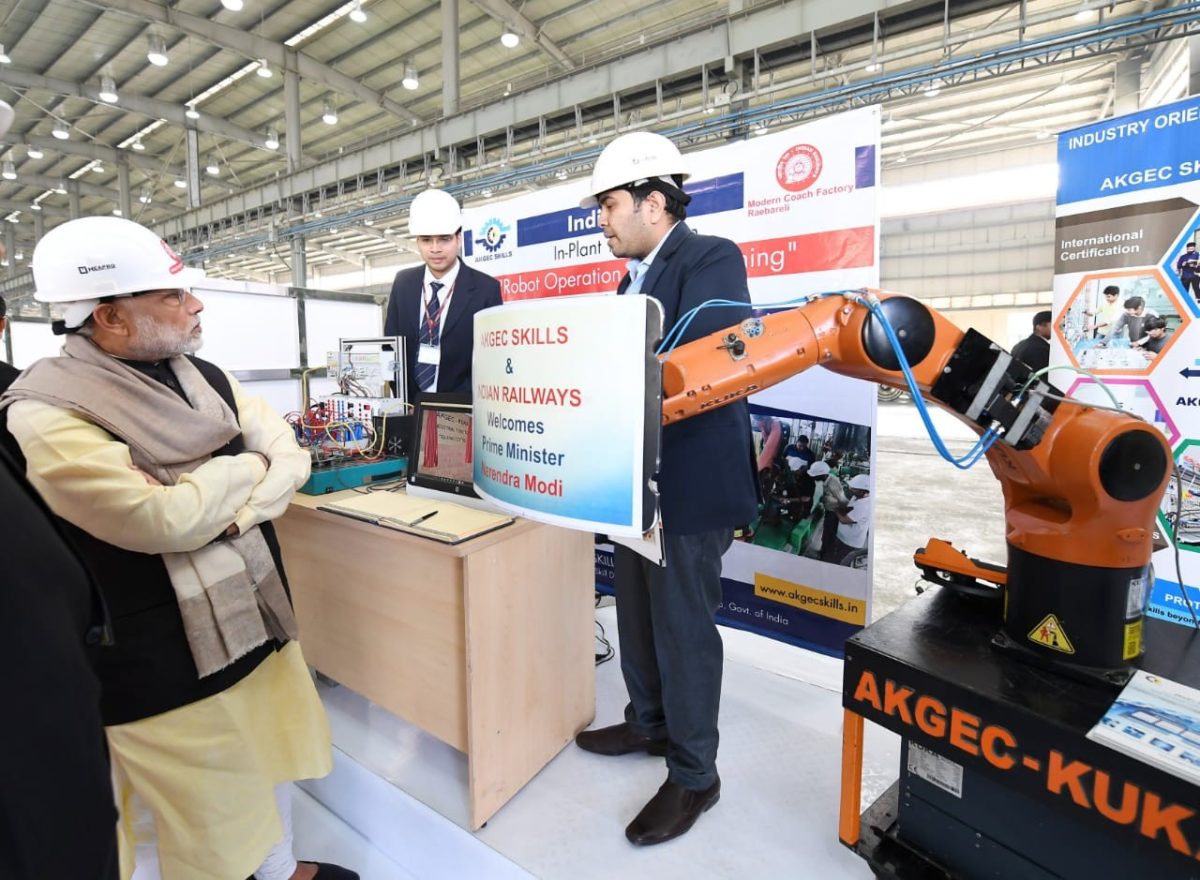 Under this initiative, AKGEC had organized “Training Program on Smart Manufacturing” at AKGEC Campus for ten young officers of Indian Railways from the 17th of July 2018 tillthe 31st of July 2018 and a one-day workshop on “Manufacturing Execution System” at Modern Coach Factory for senior and middle management of MCF. Under this program, the participants were given opportunity to gain technical exposure and hands on working experience at various Centers of Excellence at AKGEC. 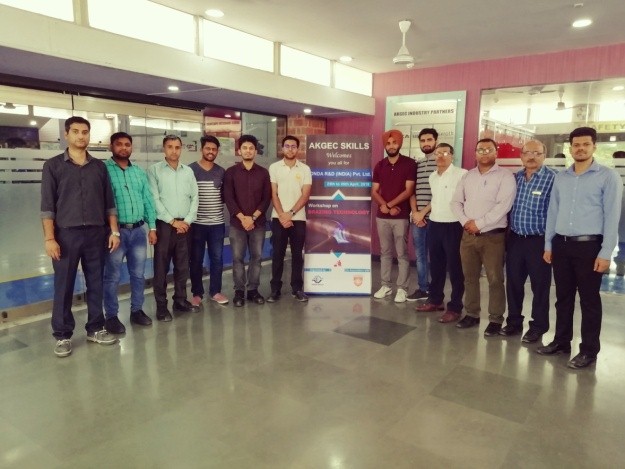 The training, including hands on session was marshalled by Scientific Officers, TIFAC-CORE.

World Robot Olympiad, started in 2004, has developed to a truly global competition. WRO tournaments are organised in more than 60 countries and each season new country join this movement. The key objective of this Olympiad are to build scientific temperament and 21st century skills in student and foster an eco-system of tinkering aimed at promoting innovative and creative thinking. Government Organizations like Department of Science & Technology, National Council of Science Museums and Ministry of culture have supported the Olympiad.

In WRO-2018, The Adavnced Robotics Challenge (ARC), newest category introduced for participants of engineering students from age of 17-25 years. The games are designed to test older and more experienced student’s engineering and programming skills to the limit. The challenge is to make a robot that can score as many points as possible in a robot version of the Tetris game called Tetra Stack. The robot will locate, identify and stack interlocking colored shapes called tetra cubes within the stackling Form-a rectangular upright box.

AKGEC Team comprises of five students of 3rdB.Tech –Electronics & Communication Engineering and Mechanical Engineering branch under the able guidance of Faculty Mentor-Astt. Prof. Gaurav Srivastava, participated in the ARC at WRO India competition. The competition was among top 20 teams reached to finals came from various part of country. This team has successfully scored highest marks in all three rounds of competition and secured 1stposition, while first runner up team was from Manipal Institute of Technology, Manipal and second runner up team was from SRM University, Chennai

Director Dr.R.K.Agarwal congratulated the all team members, Faculty and students, for their sparkling performance during ARC at WRO-2018.